The Jerusalem Municipality on Sunday took down a projection of the Ukrainian and Russian flags from the walls of the Old City, following heavy criticism by officials and activists.

Between the two flags was written in Hebrew: “He who makes peace in the heavens,” a biblical verse that is cited in the Kaddish, over an image of two white doves and the words “we’re waiting for you.”

The city later said in a statement that it was ready to take up Ukrainian President Voldomyr Zelensky’s proposal that Jerusalem serve as the host for a peace summit between Kyiv and Moscow.

However, the projection was soon taken down after municipal officials and activists slammed Jerusalem Mayor Moshe Lion for projecting both flags onto the walls, saying it was disregarding Russia’s initiation of the conflict.

“You sometimes have to know how to be politically smart,” said Jerusalem City Council opposition leader Ofer Berkovitch.

“But do not distort reality, evil is evil and the aggressor is the aggressor,” said Berkovitch. “It is impossible to put the attacker and the attacked together. This is an injustice and harmful to thousands of victims. Jerusalem can be a city of peace and host a summit that will prevent war, but Jerusalem is first and foremost a city of justice.” 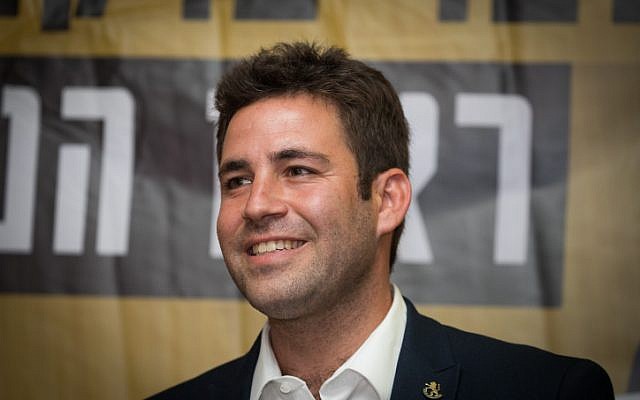 Evelina Sturman, one of the organizers of the weekly protests in Israel against the Russian invasion, called the projection “two-faced,” saying that the “call for peace between Ukraine and Russia is pointless since the problem is the Russian leadership and not the Russian people.”

“In this terrible war, there is a very clear aggressor — Russia — and a very clear victim — Ukraine,” said opposition municipal representative Laura Wharton.

The municipality later said it favored a diplomatic solution to the ongoing conflict.

“Jerusalem, the State of Israel’s capital, is a city of peace and coexistence. We are in favor of an end to the fighting and the sides reaching understandings,” the municipality said in a statement. “We would be happy to answer the request of the President of Ukraine, Volodymyr Zelensky, and host the diplomatic dialogue between the two countries here in Jerusalem.”