RUSSIA STEPPED UP its bombardment of Kyiv on Tuesday, smashing apartments and a subway station, while 20,000 people fled Mariupol along a humanitarian corridor in what was believed to be the biggest evacuation yet from the besieged city.

On the diplomatic front, talks between Russian and Ukrainian representatives have become “more constructive”, according to Kyiv, and the leaders of three EU countries visited the embattled capital in a bold show of support.

With the number of people driven from the country by the war surpassed three million, large explosions thundered across Kyiv before dawn from what Ukrainian authorities said were artillery strikes, as Russia’s assault on the capital appeared to become more systematic and edged closer to the city centre.

Here are some other developments from Tuesday:

Strikes on the 20th day of Russia’s invasion targeted a western district of Kyiv, disrupting a relative calm that had returned after an initial advance by Moscow’s forces was stopped in the early days of the war.

A senior US defence source said the Russians were using long-range fire to hit civilian targets within Kyiv with increasing frequency but that their ground forces were making little to no progress around the country. The official said Russian forces were still about 14 kilometres from the centre of Kyiv. 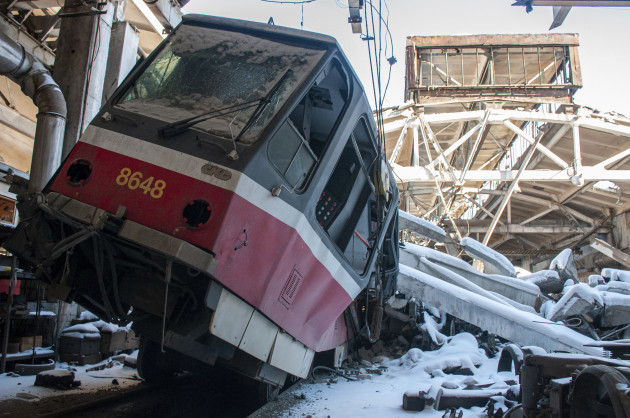 A tram damaged by shelling in Kharkiv at the weekend.

In a statement that seemed to signal potential grounds for agreement with Moscow, Zelenskyy told European leaders gathered in London that he realises Nato has no intention of accepting Ukraine.

The UN said close to 700 civilians in Ukraine have been confirmed killed, but the true figure is probably much higher.

New efforts to take civilians to safety and deliver aid were underway around Ukraine today. The Red Cross said it was working to evacuate people from the north-eastern town of Sumy, near the Russian border, on about 70 buses.

One of the most desperate situations is in Mariupol, the southern city of 430,000 where officials say a weeks-long siege has killed more than 2,300 people and left residents struggling for food, water, heat and medicine.

Kyrylo Tymoshenko, a deputy head of Zelenskyy’s office, said that 570 out of about 4,000 vehicles that left Mariupol have reached the city of Zaporizhzhia, about 257 kilometres to the north west, while others will spend the night in towns along the way. 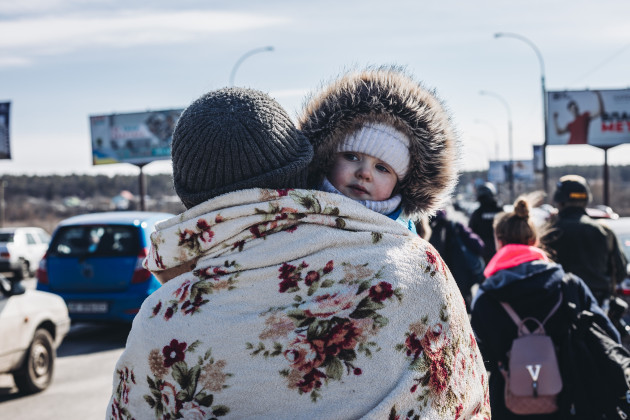 Tuesday’s artillery strikes hit the Svyatoshynskyi district of western Kyiv, adjacent to the suburb of Irpin, which has seen some of the worst fighting of the war.


Flames shot out of the 15-storey apartment building and smoke choked the air as firefighters climbed ladders to rescue people. The assault blackened several floors of the building, ripped a hole in the ground outside and blew out windows in neighbouring apartment blocks. Rescue workers said at least one person was killed.

In the east, Russian forces launched more than 60 strikes overnight on Ukraine’s second-largest city, Kharkiv, according to regional administration chief Oleh Sinehubov. The strikes hit the city’s historical centre, including the main marketplace.

Ukraine’s parliament voted to extend martial law for another month, until April 24. Under the measure, requested by Zelenskyy, men between 18 and 60 are barred from leaving the country so they can be called up to fight.