Biden: “NATO Has Never Been More United Than It Is Today” 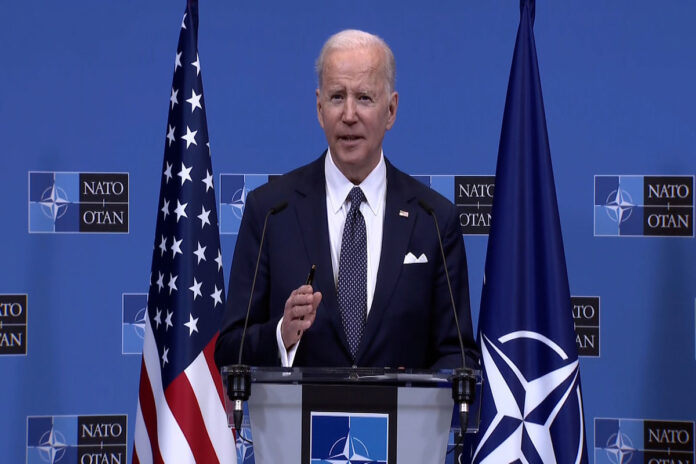 Joe Biden, the President of America said in a press conference after attending the emergency meeting at NATO headquarters in Brussels that NATO has never been more united than it is today against the Russian invasion of Ukraine.

Mr. Biden said that we are fully determined to sustain efforts outlined during the NATO emergency meeting after the Russia invasion.

Furthermore, the US president said:

“The United States is committed to provide over $2 billion in military equipment to Ukraine since I became president. Anti-air systems, anti-armor systems, ammunition and our weapons are flowing into Ukraine as I speak. And today, I am announcing the United States is prepared to commit more than $1 billion in humanitarian assistance to help get relief to millions of Ukrainians affected by the war in Ukraine,”

In addition to this, Biden also said that US is ready to welcome 100,000 Ukrainian refugees in USA with a whole heart.

He said that NATO is fully united and Putin is getting exactly opposite what he wanted to see. Russia will definitely regret on its attack on Ukraine.