A Ukrainian police walks towards bodies covered with plastic sheets after a rocket attack killed at least 50 people on Friday at a train station in Kramatorsk that was being used to evacuate civilians. (AFP Photo)

At least 50 people were killed, including five children, in a missile strike on a rail station in the eastern Ukrainian city of Kramatorsk that was being used for evacuations, regional governor Pavlo Kyrylenko said on Friday.

In an online post updating an earlier preliminary death toll of 39, Kyrylenko said the dead included victims who had died of their wounds after being taken to hospitals or medical centres.

AFP journalists on the scene reported seeing the bodies of at least 30 people grouped and lying under plastic sheets next to the station.

Ukrainian President Volodymyr Zelensky described Russia as an “evil with no limits” after the attack, in which he said 300 were injured. The European Union called the attack “horrifying”.

“All statements by representatives of the Kyiv nationalist regime about the ‘rocket attack’ allegedly carried out by Russia on April 8 at the railway station in the city of Kramatorsk are a provocation and are absolutely untrue,” the ministry said in a statement.

It said the Russian army did not have any firing missions in Kramatorsk planned for April 8.

“We emphasise that Tochka-U tactical missiles, fragments of which were found near the Kramatorsk railway station and published by eyewitnesses, are used only by the Ukrainian armed forces,” the ministry added.

The attack comes as civilians in eastern Ukraine struggle to evacuate, after officials told them they have a “last chance” to avoid a major Russian offensive expected in the Donbas region.

Russia has redeployed its troops towards the east and south, aiming to create a land link between occupied Crimea and the Moscow-backed separatist statelets of Donetsk and Lugansk in Donbas. In other developments:

Ukrainian forces are in control of the northeast region of Sumy along the border with Russia, governor Dmytro Zhyvytsky said on social media.

However, he warned: “The region is not safe. There are many areas that have been mined and are still not cleared.”

European Commission President Ursula von der Leyen is en route to Kyiv, along with the bloc’s diplomatic chief Josep Borrell. They are to meet with President Zelensky to discuss latest developments in the war and the EU response.

The destruction left by Russian troops in the town of Borodianka outside of Kyiv is “much more horrific” than the situation uncovered in the nearby town of Bucha, President Zelensky said.

Ukraine’s prosecutor general said 26 bodies have been recovered from underneath two destroyed apartment buildings there.

The European Union has approved an embargo on Russian coal — the first time the bloc has targeted the energy sector — and the closing of its ports to Russian vessels. It also said it had frozen nearly 29.5 billion euros in Russian and Belarusian assets so far.

The Group of Seven industrialised nations has agreed to a ban on new investments in key sectors and fresh export restrictions, as well as the phasing out of Russian coal.

Britain has announced sanctions on the daughters of Russian President Vladimir Putin, a day after Washington did the same, and on Foreign Minister Sergei Lavrov.

The FAO’s food price index surged by 12.6% between February and March, “making a giant leap to a new highest level since its inception in 1990”, the FAO said.

President Zelensky has urged the West to impose “Molotov cocktail” sanctions on Moscow, including a ban on Russian gas, and appeals for more weapons as he addressed Finnish MPs. 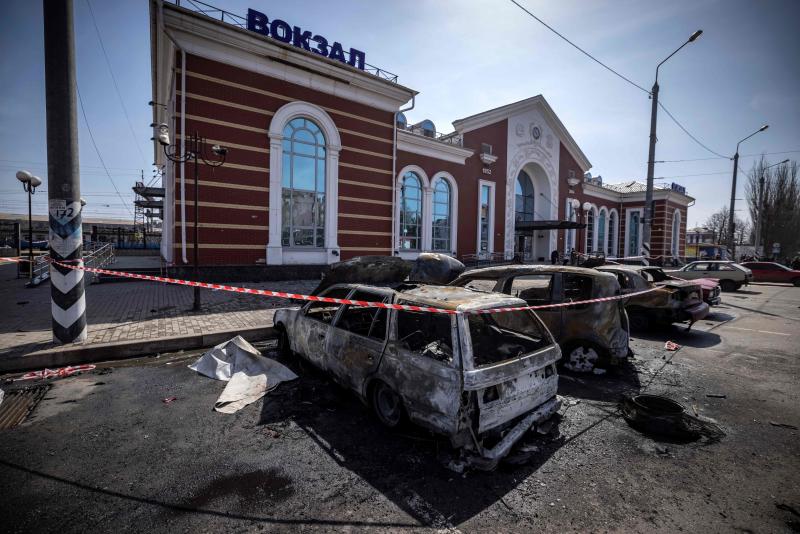 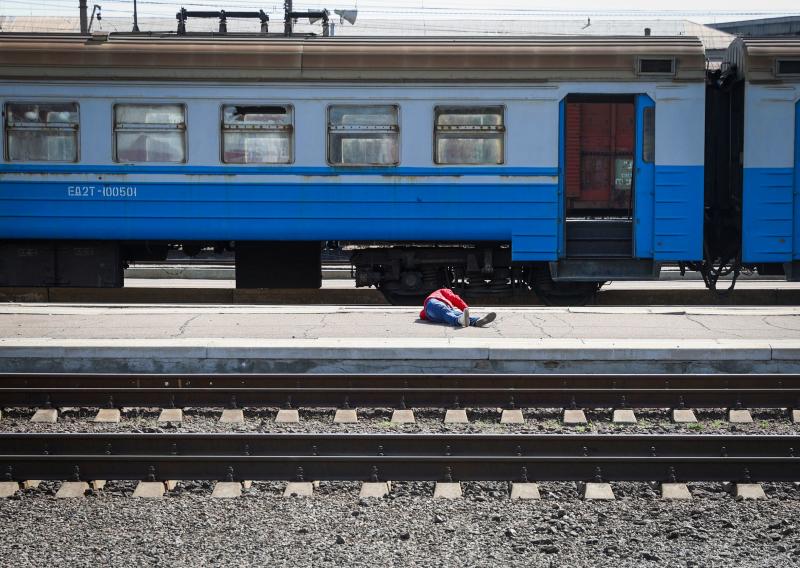