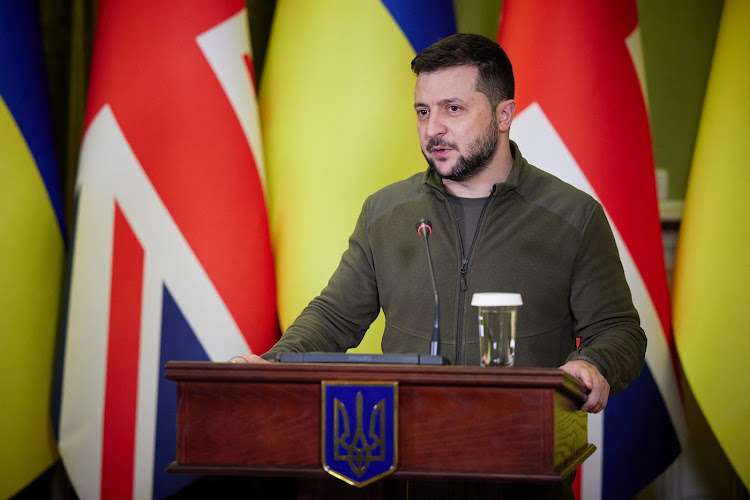 President Volodymyr Zelensky said Russia’s aggression was never limited to just Ukraine and the whole of Europe was a target as he urged the West to impose a complete embargo on Russian energy products and to supply Ukraine with more weapons.

Ukraine said it was ready for a tough battle with Russian forces massing in the east where the Ukrainian military says Russia is seeking to establish a land corridor from Crimea, which it annexed in 2014, and the eastern Donbas region, which is partly held by Moscow-backed separatists.

Zelensky, in an address late on Saturday, said Russia’s use of force was “a catastrophe that will inevitably hit everyone”.

“Russian aggression was not intended to be limited to Ukraine alone … the whole European project is a target for Russia,” he said.

Russia has failed to take one major city since the start of the invasion on Feb. 24 and has retreated from near the capital Kyiv and was instead building up forces in the east.

“Russia can still afford to live in illusions and bring new military forces and new equipment to our land,” Zelensky said.

“And that means we need even more sanctions and even more weapons for our state.”

Some cities in the east are under heavy shelling with tens of thousands of people unable to evacuate.

“This will be a hard battle, we believe in this fight and our victory. We are ready to simultaneously fight and look for diplomatic ways to put an end to this war,” Zelensky said.

Ukrainian negotiator Mykhailo Podolyak said Zelensky and Russian President Vladimir Putin would not meet until after the Russia was defeated in the east.

Britain will also ratchet up its sanctions on Russia and move away from using Russian hydrocarbons.

“Other democratic Western states should follow the example of Great Britain,” Zelensky said as he met reporters with Johnson.

“It’s time to impose a complete ban on Russian energy supplies, and increase the delivery of weapons to us.”

Johnson was the latest foreign leader to visit Kyiv after Russian forces pulled back from the area.

The visits are a sign that Kyiv is returning to some degree of normality.

Some residents are coming back and cafes and restaurants are reopening. Italy said it planned to reopen its embassy this month.

But in the east, Ukrainian officials have urged civilians to flee after a missile attack on Friday on a train station crowded with women, children and the elderly.

Ukrainian officials said more than 50 people were killed in the strike in the city of Kramatorsk in the Donetsk region, where thousands of people had gathered to evacuate.

Russia has denied responsibility, saying the missiles used in the attack were only used by Ukraine’s military. The US says it believes Russian forces were responsible.

Reuters was unable to verify the details of attack.

Russia’s invasion has forced about a quarter of Ukraine’s 44 million people out of their homes, turned cities into rubble and killed or injured thousands.

Kramatorsk Mayor Oleksander Honcharenko said he expected just 50,000 to 60,000 of the city’s population of 220,000 to remain as people flee.

Ukraine said 4,532 people were evacuated from its cities on Saturday, down from 6,665 the day before.

The civilian casualties have triggered a wave of international condemnation, in particular over hundreds of deaths in the town of Bucha, a town to the northwest of Kyiv that until last week was occupied by Russian forces.

“We will never forget everything we saw here, this will stay with us for our whole lives,” said Bohdan Zubchuk, a community policeman in the town.

Russia has denied targeting civilians in what it calls a “special operation” to demilitarise and “denazify” its southern neighbour. Ukraine and Western nations have dismissed this as a baseless pretext for war.

The EU on Friday adopted new sanctions against Russia, including bans on the import of coal, wood, chemicals and other products. Oil and gas imports from Russia remain untouched.

Ukraine on Saturday banned all imports from Russia, a key trading partners before the war with annual imports valued at about $6 billion.

“The enemy’s budget will not receive these funds, which will reduce its potential to finance the war,” Economy Minister Yulia Svyrydenko wrote on her Facebook page.