Ukraine’s armed forces are digging in as Russia’s military prepares for what is expected to be another massive assault in the east of the country.

Russia‘s invasion of Ukraine has killed an untold number of civilians – at least 1,766, according to what the UN described as a vast undercount – and authorities have shared numerous stories of rapes of both women and children by the occupying forces.

President Volodymyr Zelenskyy has warned that a “hard battle” is to come in the east as officials urges civilians to flee the region immediately.

Experts believe that another a full-scale offensive will be launched within days, though questions remain about the ability of Russia’s depleted and demoralised forces to conquer much ground after the Ukraine’s successful defence of Kyiv. 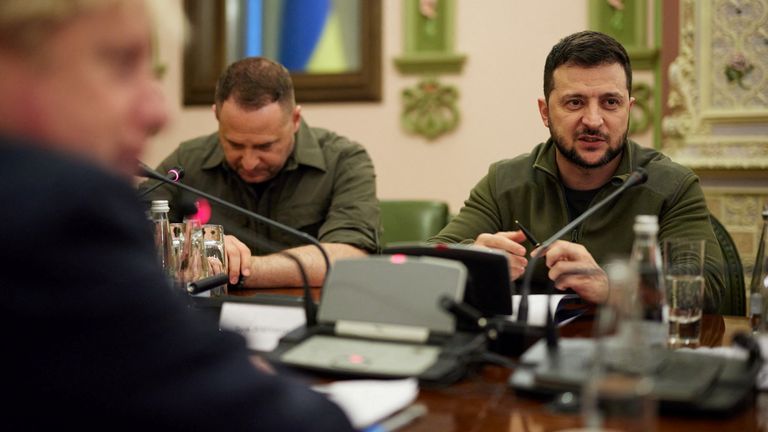 The UK Ministry of Defence said on Sunday that Russian armed forces were making up for significant losses by bringing back former soldiers who had been discharged since 2012.

Russia is also attempting to generate more fighting power by recruiting people from the unrecognised Transistria region of Moldova, the MoD added.

Russian forces continued their shelling of Ukrainian-held area on Sunday, with artillery striking the city of Kharkiv in the north east of the country, according to Ukraine’s military command.

The ongoing siege of Mariupol is also continuing, stretching now to almost 50 days.

Mariupol is a strategically vital city that would allow Russia to build a land bridge between the occupied territories of Luhansk and Donetsk and that of Crimea.

In Mariupol, Russia has been accused of deploying Chechen fighters, and residents are understood to have lacked food, water and electricity since the siege began, making evacuations hard and supplying emergency relief even harder.

At least 52 people were killed in an attack on civilians at Kramatorsk rail station in eastern Ukraine, described by Ukraine as a war crime.

Further atrocities have been placed at the feet of Russian soldiers in the city of Bucha and other towns beyond the capital where hundreds of bodies – many with their hands bound and featuring signs of torture – were discovered after the Russia retreat.

Russia has denied the war crimes and has falsely claimed the atrocities were staged.

President Zelenskyy said he expects more evidence of atrocities to be found once Mariupol is no longer blockaded.

The Ukrainian authorities think an airstrike on a theatre where civilians were sheltering killed hundreds.

According to a Russian defence ministry spokesman, Russia’s military used air-launched missiles to hit Ukraine’s S-300 air defence missile systems in the southern Mykolaiv region and at an air base in Chuhuiv, a city not far from Kharkiv.

The sea-launched cruise missiles also destroyed the headquarters of a Ukrainian military unit stationed farther west in the Dnipro region, Konashenkov said. Neither the Ukrainian nor the Russian military claims could be independently verified.

More than 4.5 million people have fled Ukraine since the beginning of the conflict according tot he UN refugee agency.

The UK recently pledged to send armoured vehicles to Ukraine for the first time as part of a new £100m package, although it is uncertain whether these vehicles will be able to play a role in the immediate defence of the country’s east.