With views from the intersection of wackness and anti-blackness, here’s a roundup of the crazy and the WTF happenings in government and the impact on the culture.  This week, hyper-focus on Ukraine overshadows black genocide in Ethiopia, a Florida police officer is (finally) prosecuted for mauling a woman and racist Republicans kill a bill to honor a black judge. 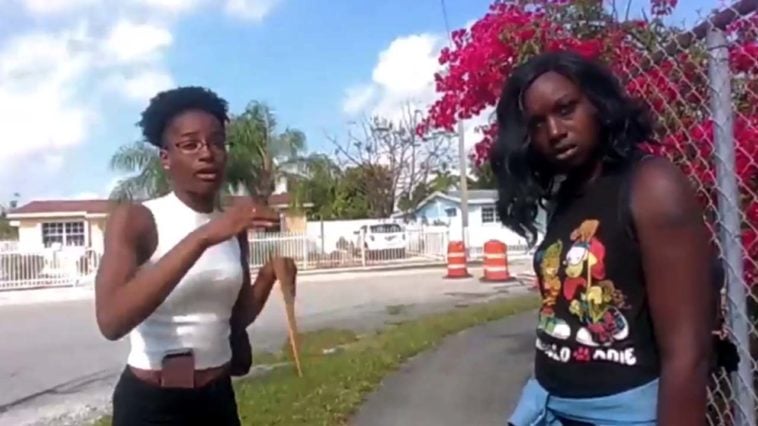 During a virtual press briefing from Geneva on Wednesday, WHO director-general Tedros Adhanom Ghebreyesus criticized the entirety of the global community for their hyperfocus on the war in Ukraine.

Ghebreyesus argued that crises in other parts of the world, one of them including Ethiopia, Tedros’ home country, were not getting fair and equal consideration, more than likely because the people suffering in question were not white.

He then questioned “if the world really gives equal attention to black and white lives,” during the tail end of the conference.

Considering the ongoing crisis’ in Ethiopia, Yemen, Afghanistan and Syria, they have garnered only a “fraction” of the global concern compared to Ukraine.

Last month, Tedros stated that there is ”nowhere on earth where the health of millions of people is more under threat than Ethiopia’s Tigray region”.

Because of a truce being declared in Tigray three weeks ago, about 2,000 trucks should have been able to bring food, medicines and other essentials to the area, he said. However, only about 20 trucks have arrived, said Tedros, who had acted as a former minister of health in Ethiopia and an ethnic Tigrayan.

“As we speak, people are dying of starvation,” he said. “This is one of the longest and worst sieges by both Eritrean and Ethiopian forces in modern history.”

He then acknowledged that the war in Ukraine is globally significant, but asked if other crises were getting the same amount of attention that they deserve. “I need to be blunt and honest that the world is not treating the human race the same way,” he said. “Some are more equal than others.”

Describing the situation in Tigray as “tragic,” Tedros has said that he “hopes the world comes back to its senses and treats all human life equally.” The director also criticized the press for their failure to document the ongoing atrocities in Ethiopia, stating people had been burned alive in the region. “I don’t even know if that was taken seriously by the media.”

A jury convicted a Miami-Dade officer of felony battery and official misconduct in the overly forceful arrest of a black woman who called police for help.

Officer Alejandro Giraldo was suspended after cellphone video circulated on social media in March 2019 that showed him tackling Dyma Loving, a woman who had called police to report that a neighbor had pointed a shotgun at her.

The prosecution was successful in establishing that the arrest of Loving was unlawful and therefore she should not have been touched.

“Police officers can put their hands on people to effectuate a lawful arrest. If the arrest is unlawful, they have no more rights than the rest of us. And he sure as heck can’t tackle her to the ground,” said prosecutor Tim VanderGiesen.

Giraldo insisted he was acting lawfully in the act of subduing an unruly woman interfering with an investigation.

Giraldo’s attorney, Andre Rouviere, told the jury during the trial, “What you see there isn’t a crime. What you see there is a police officer working the streets, dealing with a situation and maybe his bedside manner was off. When he arrested Dyma Loving, it was after warning that she was being disruptive.”

Giraldo, who is Hispanic, faces up to five years in prison at his sentencing.  The jury that convicted him consisted of two Black women, one Hispanic woman, and three Hispanic men. The video sparked outrage in a county where nine police officers from four police agencies awaited trial on allegations they battered suspects while on duty, as reported by the Miami Herald.

Loving was charged with disorderly conduct and resisting arrest without violence, but charges were later dropped.

The Justice Department has recently reached a settlement in four cases that stemmed from law enforcement’s infamous response to protests in Lafayette Square in Washington, D.C., that occurred days after the murder of George Floyd.

The media widely reported that the officers used tear gas to clear the Lafayette Square plaza of peaceful protestors in order to make room for a bible-holding photo op by then President Trump.

Included in the settlement, the U.S. Park Police had agreed to revise their policies governing demonstrations and special events. The new policy that was released last week required officers to be “clearly identifiable” as Park Police personnel. This includes fully visible badges and nameplates on outerwear, tactical gear and helmets. In addition, the policy laid out new guidelines regarding the usage of nonlethal force; in particular, prioritizing de-escalation tactics and seeking senior approval before deploying defense equipment.

This settlement followed a report last year made by the Interior Department’s inspector general, Mark Greenblatt. Greenblatt did the review after a largely peaceful demonstration in Lafayette Square turned violent after police moved in. The report came to the conclusion that federal police officers cleared protesters from the square on June 1, 2020,  with consultation from then Attorney General William Barr, to let a contractor install fencing – not to make room for former President Donald Trump’s photo-op at a nearby church.

The revision of their policy included language that would discourage “blanket” use of force and other tactics concerning crowds.

A bill whose purpose was to name a federal courthouse in Tallahassee after Justice Joseph W. Hatchett, the first Black man to serve on the Florida Supreme Court, was supposed to pass the House last month, becoming law with widespread bipartisan support. The bill was sponsored by the state’s two Republican senators and backed unanimously by its 27 House members.

However, this did not come to fruition. At the very last minute, Republicans pulled their support with no explanation. Many backers behind the bill were furious and some of the opponents claimed ignorance as to what had exactly happened.

What had actually happened, involved the following: short notice,  a 23-years-old news clipping, as well as a first-term, right-wing congressman went on a last-minute attempt on the House floor to persuade his colleagues that Judge Hatchett, a man who broke barriers being the first Black judge to be appointed to a federal appeals court in the Deep South, was unworthy of being honored.

Representative Andrew Clyde of Georgia, objector of the bill and infamous for opposing the Emmett Till Anti-Lynching Act and more, circulated a 1999 Associated Press article regarding an appeals court decision where Judge Hatchett wrote that year that struck down public school policy allowing student-approved prayers at graduation ceremonies in Florida. The decision, overruling a lower court, held that the policy violated constitutional protections of freedom of religion.

A legislative aide had unearthed the 1999 ruling as they were vetting the courthouse naming bill, and he made sure to share it with his colleagues before the vote.

“He voted against student-led school prayer in Duval County in 1999,” said Clyde, in an interview. “I don’t agree with that. That’s it. I just let the Republicans know that information on the House floor. I have no idea if they knew that or not.”

This last-minute objection turned the routine naming of federal buildings on its head, with Republicans quickly joining him and turning against Judge Hatchett. The bill failed on a vote of 238 to 187, falling short of the two-third necessary.