The IAEA Chief stressed that the situation around the Zaporizhzhia Nuclear Power Plant has become “increasingly dangerous, precarious and challenging.” 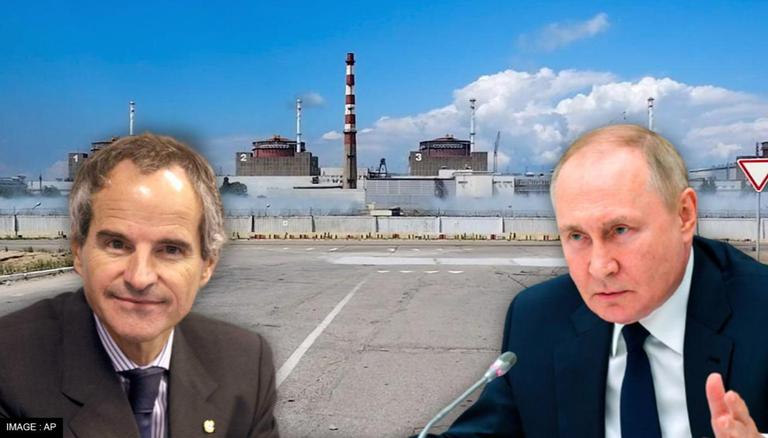 Putin told Grossi that Russia is “happy to discuss all the issues that are of mutual interest to us.” He further said that some issues even are a matter of concern for Moscow, including the situation around the Zaporizhzhia nuclear power plant and emphasised that they are open to talks. Notably, Russia has taken control of the Zaporizhzhia nuclear power plant shortly after Moscow began its offensive in Ukraine. Putin stressed that Russia has always backed “equal access of all states to the blessings of peaceful nuclear energy.” He underscored that Russia still believes that it is necessary to make every effort to limit the spread of military nuclear technology and even cited the development of a fast-neutron reactor.


“We are very happy to see you and will be pleased to discuss with you all issues of mutual interest and probably even some issues that cause concern to some, including us, for instance everything related to the situation around the Zaporozhye Nuclear Power Plant. In any case, we are open to this dialogue and glad to see you,” Putin said as per the statement released on Kremlin website.

The IAEA Chief stressed that the situation around the Zaporizhzhia Nuclear Power Plant has become “increasingly dangerous, precarious and challenging.” He said that the frequent military attacks pose a threat to nuclear safety and security. He called for setting up a protection zone around the Zaporizhzhia NPP and asserted that they cannot lose any more time. He emphasised that they must do everything to help in ensuring that a nuclear accident does not occur during the ongoing war between Russia and Ukraine. On October 10, the IAEA announced that the Engineers restored external power to Zaporizhzhia NPP, a day after the facility lost the connection to this last remaining operating power line due to shelling.


“Now more than ever, during these extremely difficult times, a protection zone must be established around the ZNPP. We can’t afford to lose any more time. The stakes are high. We must do everything in our power to help ensure that a nuclear accident does not happen during this tragic conflict, as it could cause even more hardship and suffering in Ukraine and beyond,” Rafael Grossi said in the statement.