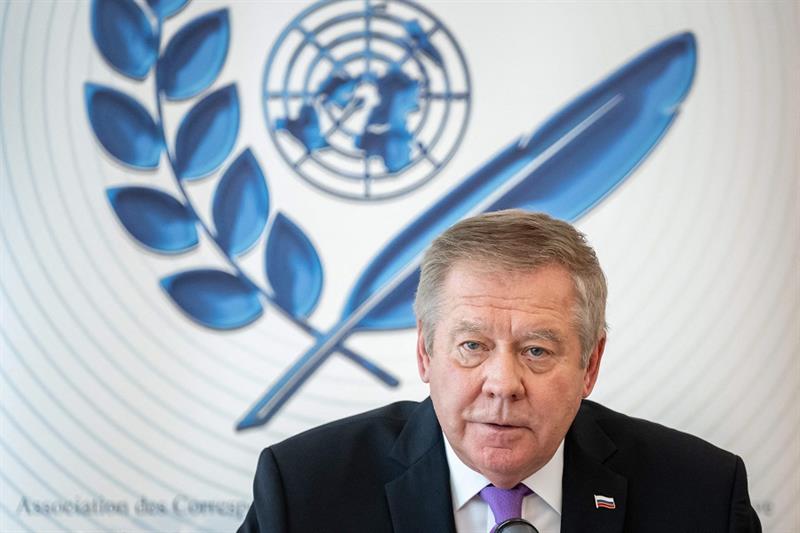 The experts had been due to come face to face with Russian delegates at a public meeting over two days, but Friday’s second session was cancelled given Moscow’s absence.

“I regret that the Russian Federation hasn’t sent a delegation to respond,” said Marcia V. J Kran of Canada, a member of the United Nations Human Rights Committee.

The body of 18 independent experts monitors implementation of the International Covenant on Civil and Political Rights by its state parties and conducts regular country reviews.

During the session, they voiced serious concerns about the rights situation in the country.

“We observe a disturbing trend of legal action against politicians who criticise the government,” said Kran.

“We also have a serious concern about the use of sophisticated, state-developed poisons to silence, punish and kill at least a dozen prominent dissidents, opposition leaders and activists in the past decade.”

That, he said, was sometimes accompanied by violence, targeting migrants, especially Muslims, but also LGBTQ people, Roma — and Ukrainians, particularly since Russia’s annexation of the peninsula.

Photini Pazartzis, chair of the committee said Russia had 48 days to provide any information it wished in writing.

Speaking earlier Thursday to journalists, Russia’s ambassador to the UN in Geneva outlined his country’s vision regarding its participation in UN forums.

“The United States and their allies are trying to hamper our participation and the work of international organisations, but this will not happen because we will continue,” Gennady Gatilov said.

“A number of like-minded countries will support our opposition.”

The Human Rights Council — from which Russia was ousted following its invasion of Ukraine in February — had become “more and more politicised”, he said.