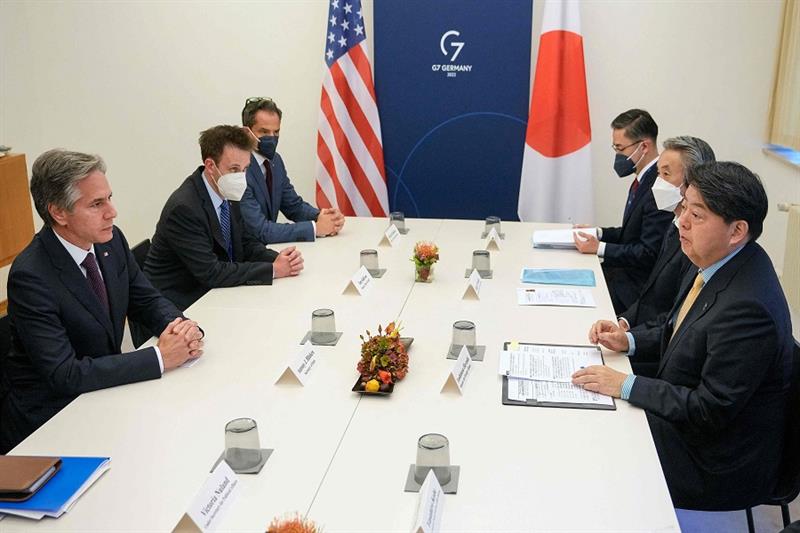 “Today we establish a G7 coordination mechanism to help Ukraine repair, restore and defend its critical energy and water infrastructure,” the ministers said after a two-day meeting in the western city of Muenster.

The club of rich countries said Russia was trying to “terrorise the civilian population” of Ukraine with attacks against people and infrastructure, in particular energy and water facilities.

“Indiscriminate attacks against civilian population and infrastructure constitute war crimes and we reiterate our determination to ensure full accountability for these and crimes against humanity,” the ministers said in a statement.

The G7 also expressed concern over Russian President Vladimir Putin’s recent comments on nuclear weapons and said any use of such arms would be met with “severe consequences”.

For weeks Russian forces have rained missiles and explosive drones onto Ukraine infrastructure, apparently hoping to turn sentiment among the Ukrainian public and its neighbours against the war during the cold of winter.

Russian strikes over the past month have destroyed around a third of the country’s power stations. The Kyiv government has urged Ukrainians to conserve electricity as much as possible.

Ahead of the G7 meeting, its host German Foreign Minister Annalena Baerbock said the group would assist Ukraine with items including generators and heaters to survive the winter.