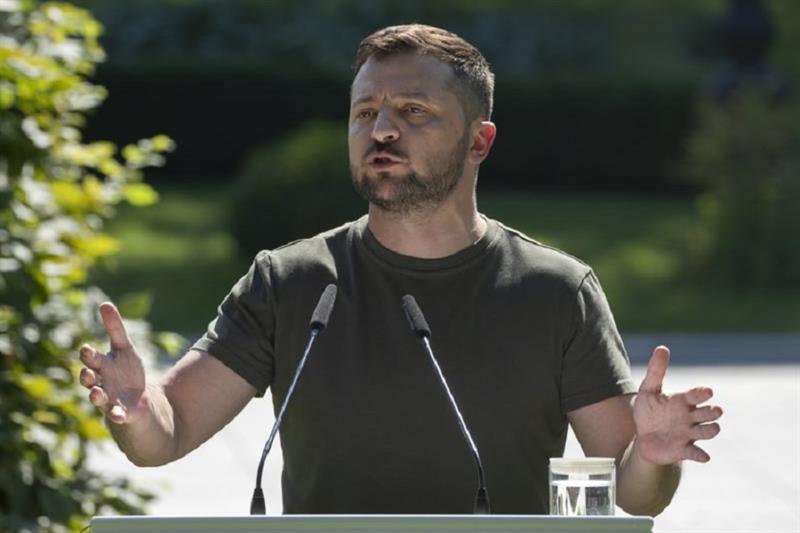 Zelenskyy urged the international community late Monday to “force Russia into real peace talks” and listed his usual conditions for dialogue: the return of all of Ukraine’s occupied lands, compensation for damage caused by the war and the prosecution of war crimes.

That is a change in rhetoric from a man who signed a decree in late September stating “the impossibility of holding talks” with Putin. But since his preconditions appear to be non-starters for Moscow, it’s hard to see how Zelenskyy’s latest comments would advance any talks.

Western weapons and aid have been key to Ukraine’s ability to fight off Russia’s invasion, which some initially expected would tear through the country with relative ease.

But US midterm elections Tuesday will define the amount and the shape of Washington’s future political and financial support for Ukraine.

If Republicans win control of Congress, it could become more difficult for President Joe Biden’s administration to push forward large packages of military and other aid for Ukraine.

Russia and Ukraine held several rounds of talks in Belarus and Turkey early on in the war, which is now nearing its nine-month mark. The talks stalled after the last meeting of the delegations, held in Istanbul in March, yielded no results.

Zelenskyy said Monday that Kyiv has “repeatedly proposed (talks) and to which we always received crazy Russian responses with new terrorist attacks, shelling or blackmail.”

The Ukrainian leader more recently refused to negotiate with Putin, who illegally annexed four regions of Ukraine in late September.

Earlier in the war, Zelenskyy repeatedly called for a personal meeting with the Russian leader. The Kremlin brushed off any such meeting.

Zelenskyy listed conditions for the dialogue to begin, including the “restoration of (Ukraine’s) territorial integrity … compensation for all war damage, punishment for every war criminal and guarantees that it will not happen again.”

Russia, meanwhile, resumed calls for talks after Ukraine’s successful counteroffensive in the east and the south of the country began in September, but Ukraine has been rejecting the possibility ever since.

Russia’s deputy foreign minister, Andrei Rudenko, stressed on Tuesday that Moscow is not setting any conditions for the resumption of talks with Ukraine and accused Kyiv of lacking “good will.”

“This is their choice, we have always declared our readiness for such negotiations,” Rudenko said.

Ukraine’s presidential advisor Mykhailo Podolyak insisted in a tweet Monday that “Ukraine has never refused to negotiate,” but first, Russia needs to withdraw its troops from the country. “Is Putin ready? Obviously not,” Podolyak wrote.